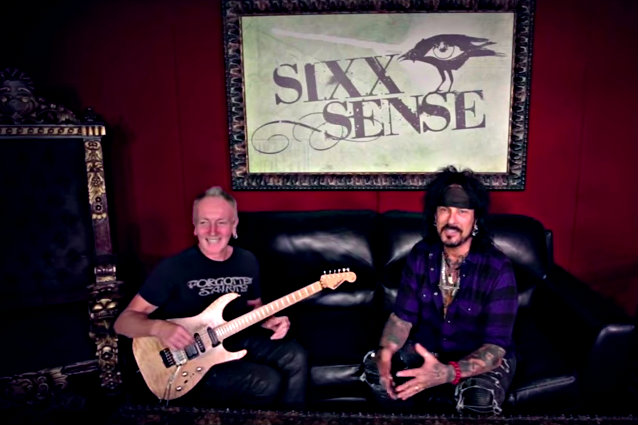 In the episode, which can be viewed below, Collen takes apart some of DEF LEPPARD's most iconic songs, explains what lessons producer Mutt Lange taught him, how Mick Ronson inspired him and the amazing experience he had playing with Jeff Beck. He also breaks down his gear, the essence of his style, his top five guitarists, and much more.

In "My Favorite Riff With Nikki Sixx", Nikki sits down with some of the world's greatest guitar and bass players, along with future stars, to talk about music, gear, and most importantly, riffs. Think of it as "Comedians In Cars Getting Coffee" but with rock stars.

DEF LEPPARD is celebrating the thirtieth anniversary of its seminal album "Hysteria", by releasing "Hysteria (Remastered 2017)". The remastered anniversary edition was made available on August 4 in various formats via Bludgeon Riffola/Mercury/Ume.