The soundtrack for Quentin Tarantino's heavily anticipated music-laden film "Once Upon A Time… In Hollywood" was announced today. The soundtrack will release globally through Columbia Records on July 26 in line with the nationwide film release. Personally curated by Tarantino himself, the soundtrack is a love letter to the music of 1960s-era Hollywood. The "Once Upon A Time… In Hollywood" soundtrack features over 20 standout tracks from artists such as PAUL REVERE & THE RAIDERS, DEEP PURPLE and Neil Diamond, as well as vintage radio advertisements, creating a true time capsule of a golden era of filmmaking.

"Once Upon A Time… In Hollywood" soundtrack track listing:

"Once Upon A Time… In Hollywood" visits 1969 Los Angeles, where everything is changing, as TV star Rick Dalton (Leonardo DiCaprio) and his longtime stunt double Cliff Booth (Brad Pitt) make their way around an industry they hardly recognize anymore. The ninth film from the writer-director features a large ensemble cast and multiple storylines in a tribute to the final moments of Hollywood's golden age. The film also stars Margot Robbie as Sharon Tate plus Al Pacino, Emile Hirsch, Timothy Olyphant, Dakota Fanning, Bruce Dern, Lena Dunham, and more.

"Once Upon A Time… In Hollywood" opens nationwide in theatres on July 26. 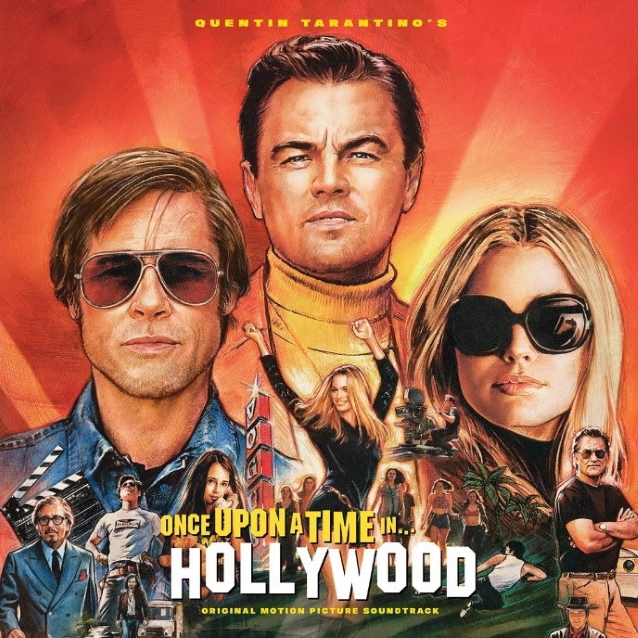