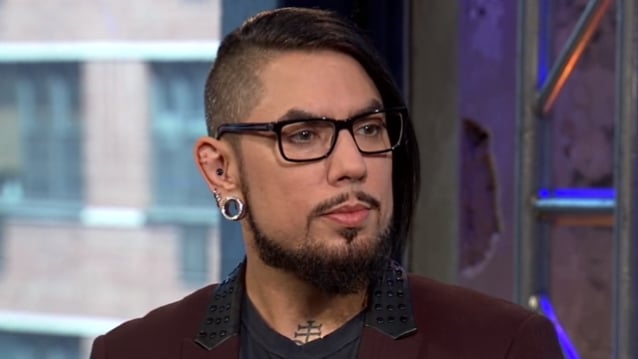 JANE'S ADDICTION guitarist Dave Navarro spoke to Elle about his support of Marianne Williamson in the next presidential election, saying that she is the first candidate that he has ever spoken to who "understands human beings and human psyche."

The author and spiritual adviser is one of six female candidates vying for the 2020 Democratic presidential nomination. The 66-year-old self-help guru and consultant to Oprah Winfrey and other celebrities supports universal health care, wants to address the core causes of chronic disease, opposes a border wall and has said we must bring down the "walls in our hearts."

"I was familiar with the fact that she was among the great leaders of today in terms of sharing the spiritual voice of love," Navarro said. "But I didn't know that she was presidential until I went and saw her speak."

The guitarist went on to say that he supported presidents Bill Clinton and Barack Obama, before eventually registering as a libertarian. Navarro revealed that he didn't vote in the 2016 election because he "felt very disillusioned with either candidate. And I will admit to you that I didn't see a path that resonated with me," he explained.

Navarro first saw Williamson speak at an Agape International Spiritual Center gathering in Los Angeles and he was "just riveted," he said. "I had never heard anybody say how I felt. I never heard anybody ask the questions about why people are getting sick. Not, 'how do we fix sick people?' but how we have to address food and the environment and all these things that are making people sick."

During Tuesday night's (July 30) Democratic primary debate, Williamson warned her fellow 2020 Democratic presidential candidates to stop focusing on the details of policies and put more effort into defeating the "dark psychic force" that is President Donald Trump. As a result, she wound up being the most-Googled candidate in 49 of 50 states and trended on the top on Twitter.

Back in 2016, Navarro said during an appearance on the Fox Business network that he did not fit into America's two-party political system and explained why he identified as a libertarian. "Primarily because I found that there were two paths that I was looking at, and I didn't really fit into either one of those paths, and so I needed an alternative, because my political viewpoint takes a cue from different parties and different schools of thought," he said. "And not all of one applies to me. And I think that there's a lot of people that that's true for."