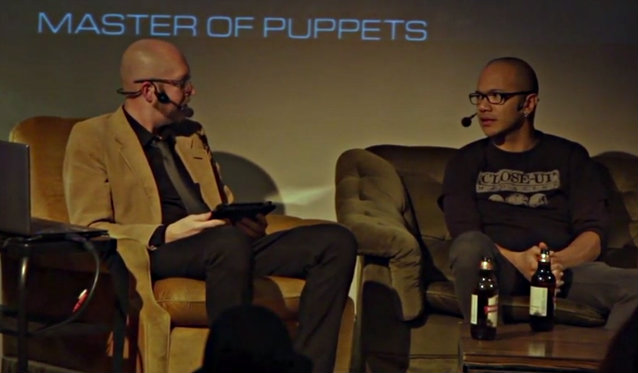 DANKO JONES frontman and namesake and his bandmate, bassist John Calabrese, were recently interviewed on the "Bullseye" Swedish metal talk show. You can now watch the chat below.

Hosted by Mattias Lindeblad, "Bullseye" is described as "a mixture between a classic talk show, storytelling and the ultimate meet-and-greet — a unique opportunity for the dedicated fans to get closer to the bands they love."

In addition to fronting one of the hardest-working bands in the world and writing for the Huffington Post as well as several music magazines around the world alike, DANKO JONES frontman and namesake has also found the time to host a podcast with a growing popularity featuring an impressive set of guests.

DANKO JONES recently finished touring North America on a sold-out trek with VOLBEAT on the back of scoring their biggest U.S. radio hit so far with "Just A Beautiful Day", which peaked at No. 26 on the Active Rock chart.