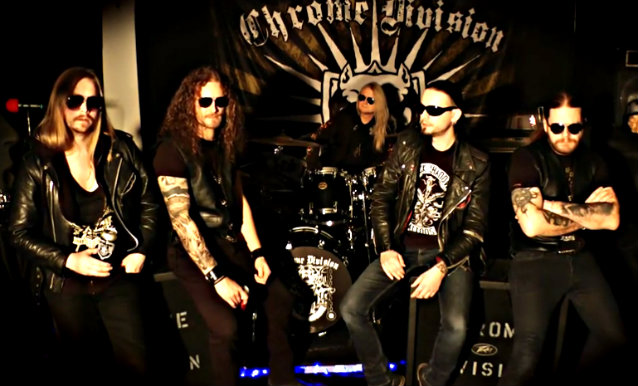 CHROME DIVISION — the Norwegian five-piece featuring DIMMU BORGIR frontman Shagrath (a.k.a. Stian Thoresen) on guitar — will release its fourth album, "Infernal Rock Eternal", on January 17, 2014 via Nuclear Blast. The follow-up to 2011's "3rd Round Knockout" was recorded at Dub Studio in Oslo with Endre Kirkesola.

A video clip of the members of CHROME DIVISION talking about "Endless Nights", the first single and video from "Infernal Rock Eternal", can be seen below.

"It's been one year of intense team effort, combined with band parties and studio sessions, resulting in our most varied and best album to date.

"I am very proud of this album, and we can't wait to share it with you."

"After nailing down the new, permanent lineup some two years ago, we have worked intensely with the new songs and sound of CHROME DIVISION continuously.

'The last year [was spent] in and out of studio tracking song after song of the new stuff.

"I have to say the band is complete now, and the new overall feel of the music that comes out of this gang of rockers these days is just awesome!

"I am stoked to be a part of this new album and extremely satisfied with the diversity in songs and the power of each and every track!

"Working with Endre Kirkesola in Dub Studio has been a great experience, and just what the band needed.

"Damage Karlsen and Ogee's contributions to the new stuff is just beyond!

"We are super excited to hear what you guys think of the new album. And we're looking forward to finally getting out on the road more and play the shit live for you as well."

CHROME DIVISION last year parted ways with bassist Björn "Burn" Luna and guitarist Ricky Black. Luna, who was a member of CHROME DIVISION since its inception in 2004, "will work with us from behind the curtains of doom, and contribute on the lyrical side of things in the future," according to the band.

CHROME DIVISION's third album, "3rd Round Knockout", was released in Europe on May 6, 2011 via Nuclear Blast Records. The CD was recorded at Marius Strand Studio in Oslo.

CHROME DIVISION in August 2009 parted ways with longtime vocalist Eddie Guz "due to lack of dedication and commitment to the band." His replacement, Athera, originally filled in for Guz at the Winterfire Festival at Hessenhallen in Giessen, Germany on February 21, 2009 after Eddie Guz was unable to make the gig. 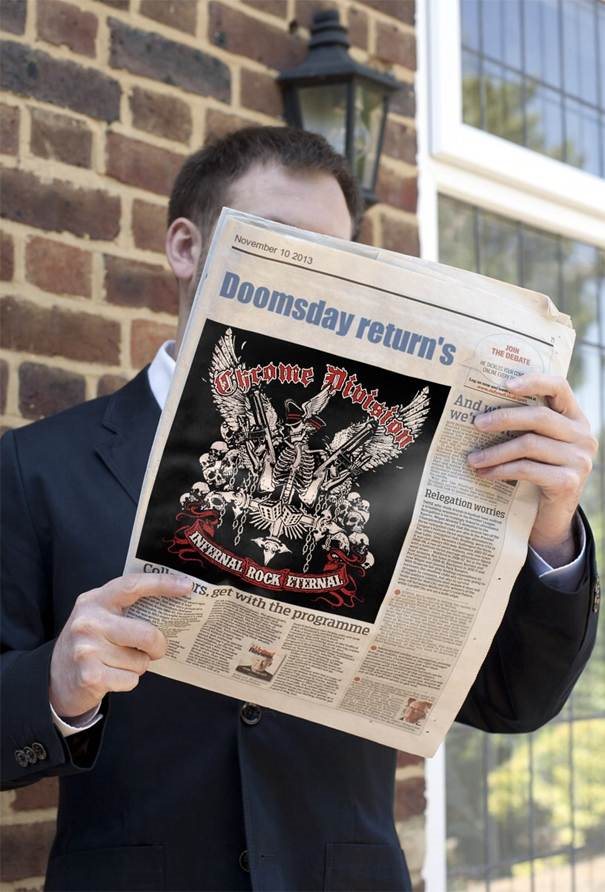