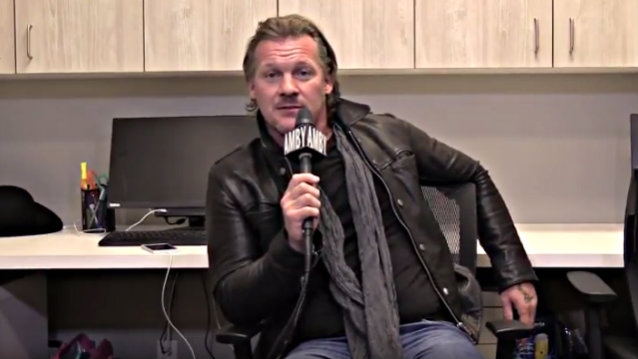 FOZZY frontman Chris Jericho plans to launch the inaugural Chris Jericho Rock 'N' Wrestling Rager At Sea cruise aboard the Norwegian Jade cruise ship next year. The boat is scheduled to set sail from Miami on October 27, 2018 and will head to Nassau in the Bahamas before returning to port on October 31.

In addition to Jericho, participants for the cruise so far include wrestlers Jim Ross, Diamond Dallas Page, Mick Foley, Ricky "The Dragon" Steamboat, Rey Mysterio, Raven and more, along with musical entertainment from FOZZY, PHIL CAMPBELL AND THE BASTARD SONS, KYNG and more.

"It's either gonna be the biggest thing ever or I'm gonna be cleaning up the camera for you next time I see you and polishing the lights," Jericho told A Music Blog, Yea? in a recent interview (see video below). "But it's something that I really believe in."

Regarding how the idea for the cruise came about, Jericho said: "We [FOZZY] played the Kiss Kruise a couple of years ago and the moment I walked off the ship, I called our manager and said, 'We need to do a rock-and-wrestling cruise.' And it was a great idea, but then how do you get it done? Almost exactly two years later, after all the trials and tribulations, and even losing our boat at one point — don't ask — literally a week before we were gonna announce [the lineup for the cruise], we lost the boat, or it was stolen from us… Anyways, the point being all that's in the past, and now here we are about ready to [announce] it. And if nothing else, once again, it's an idea that I had, that I believed in, that I worked on, that I didn't take 'no' for an answer, and there were a lot of 'no's and a lot of reasons why it wouldn't work — including, 'Well, what happens to the ring? What if it slides into the water?' I'm, like, 'I played a freakin' Kiss Kruise, on a ship with twenty tons of amplification and all this stuff, and that thing ain't moving anywhere. So do whatever you did to the stage to the wresting ring. If not, I'll stand there and hold it. It's not moving.' But to convince the powers that be and engineering assessments and all this other thing… Anyways, here we are, and it's gonna be one of the greatest vacations you can ever go on if you're a rock and roll and wrestling fan."

In addition to performances from FOZZY, live editions of the "Talk Is Jericho" podcast, and Jericho's own one-man show, the boat will feature a wrestling tournament featuring twelve wrestlers in a pool deck wrestling ring.

"Whatever I'm into and I built, basically, my podcast on is on this ship: music, wrestling, paranormal, comedians… I mean everything — we've got everything on there," he said. "And I think it's gonna work; I really do."

Fans who book the cruise by January 15 will receive a photo with Jericho, while those who book the first four hundred cabins will take part in an exclusive question-and-answer session with him.

FOZZY is currently on the road to promote its upcoming seventh album, "Judas", which is due out October 13. The title track is currently No. 14 on the rock radio chart. 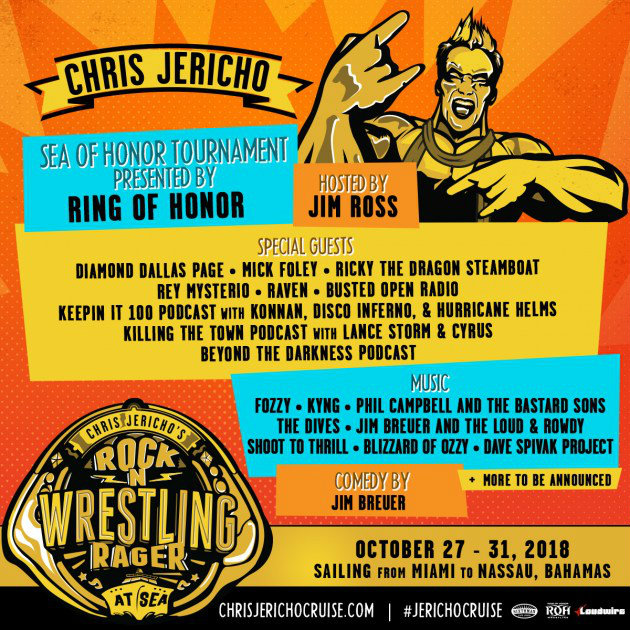