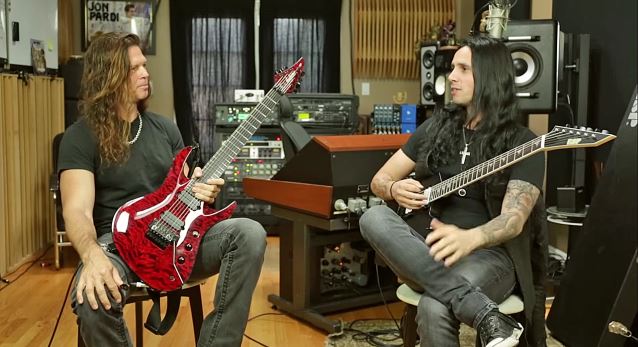 Chris Broderick (ACT OF DEFIANCE, ex-MEGADETH) and Gus G. (FIREWIND, OZZY OSBOURNE) are both on the cover of the September 2015 issue of Guitar World magazine. To celebrate, these shredders sat down to talk about their influences, trade licks, and remind us why they're so incredible. Check out the footage below.

Only hours after Drover announced his exit from MEGADETH on November 25, 2014 to "to pursue [his] own musical interests," Broderick revealed he also quit the legendary metal band, saying that he was leaving the group "due to artistic and musical differences." Chris later stated about his decision to exit MEGADETH: "It was simply time [for me to leave]. I'd been in [MEGADETH] for seven years and I really wanted to just be able to have that kind of creative freedom to write anything I wanted to, to go anywhere with it that I wanted to and just kind of direct my own course."

Chris has been playing guitar since he was eleven years old and had been teaching for 15 years prior to joining MEGADETH. Styles range from classical, rock, blues, and jazz. He started taking lessons at 14 years of age studying guitar as well as voice, violin, and piano. Chris has a degree in classical guitar music performance at the University of Denver and the Lamont School of Music. He has performed in many master classes including ones given by David Russell, Benjamin Verdery, and his primary instructor, Ricardo Iznaola. In addition, Chris has taken classes such as jazz improvisation, chord voicing, advanced music theory, and sight-reading.

Gus G.'s second solo album, "Brand New Revolution", will be released in Europe on July 24 via Century Media. The CD will be made available through Century Media in Australia and South America, Dismanic/eOne in North America and King Records in Japan. The cover artwork was once again created by Gustavo Sazes, who previously worked with Gus on the guitarist's debut album, "I Am The Fire", and also took care of artwork duties by such bands as ARCH ENEMY, KAMELOT and FIREWIND. 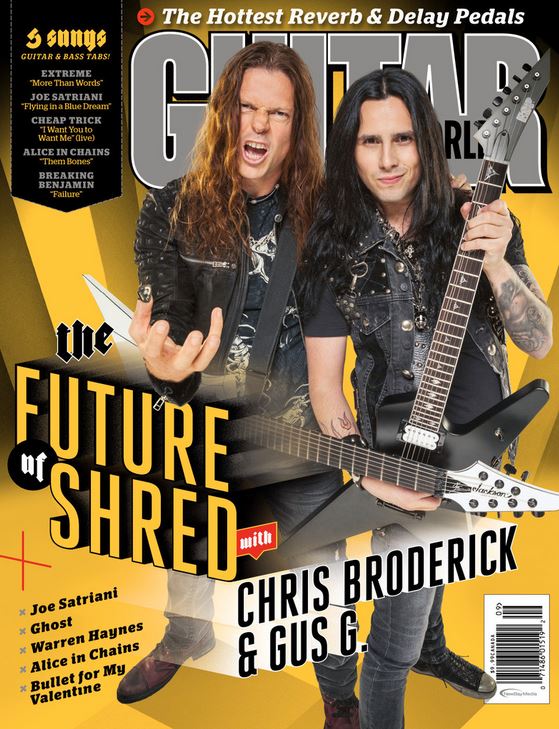