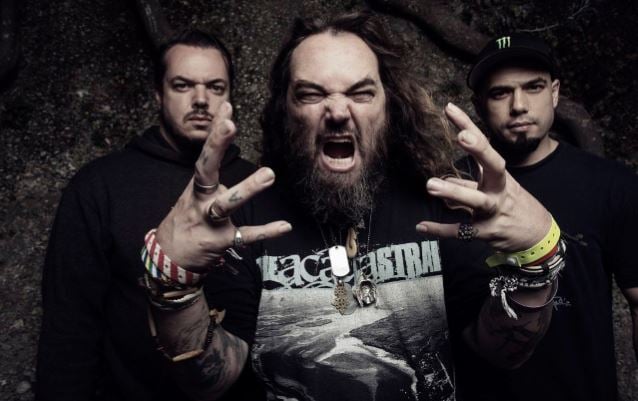 CAVALERA CONSPIRACY, the band led by brothers and founding SEPULTURA members Max (also of SOULFLY) and Igor Cavalera, will embark on a U.S. tour in April. Support on the trek will come from DEATH ANGEL, CORROSION OF CONFORMITY - BLIND (featuring Karl Agell, who sang on the classic CORROSION OF CONFORMITY [C.O.C.] album "Blind" [1991], and founding C.O.C. drummer Reed Mullin) and LODY KONG.

CAVALERA CONSPIRACY's third album, "Pandemonium", sold around 2,600 copies in the United States in its first week of release to debut at position No. 177 on The Billboard 200 chart.

In addition to Agell and Mullin, CORROSION OF CONFORMITY - BLIND features Scott Little and TR Gwynn from Agell's band LEADFOOT, and Jerry Barrett, who was previously in BAD BRAINS singer HR's solo group. 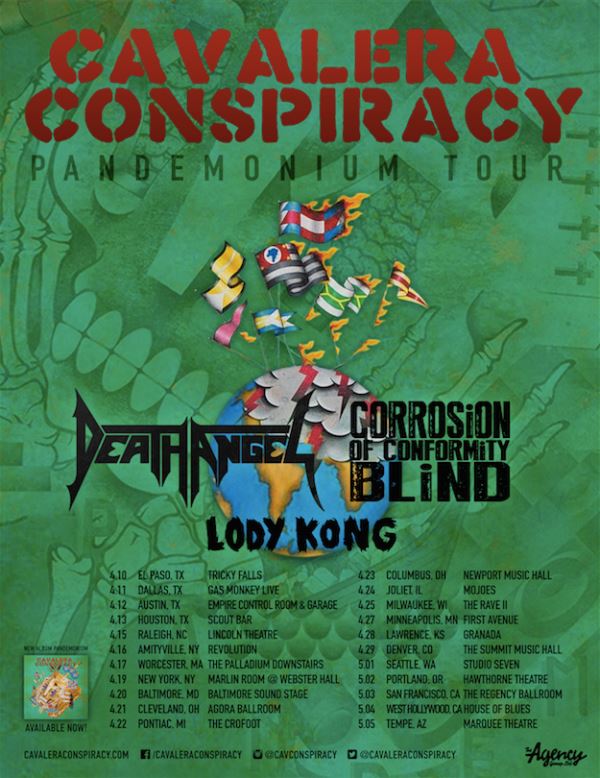