A new, previously unreleased song from reactivated British extreme metal pioneers CARCASS was made available through Decibel magazine's Flexi Series. "Zochrot" was included in the subscriber version of the magazine's October issue.

You can now stream the track at this location.

A limited number (fewer than 30) of copies of the issue that includes the flexi is available for sale in the Decibel webstore.

In a recent interview with Chile's Radio Futuro, Walker stated about the new CARCASS CD: "We think we've made a good album, so it's gonna be very interesting when people get to hear the record. We can't wait to see what people think."

Regarding the direction of the new CARCASS album, Walker previously stated: "We've taken stylistic cues from all the albums because it's in our blood, but it's no rehash or mess of ideas. I think it sounds almost like the missing link between the third and forth albums but with some groove in there. I've jokingly christened some parts 'trad blast' and some 'death sleaze'… don't think for a minute this is just some nostalgic throwback album — we're setting up another 17 years of ideas for other bands to copy and clean up on. [laughs]" 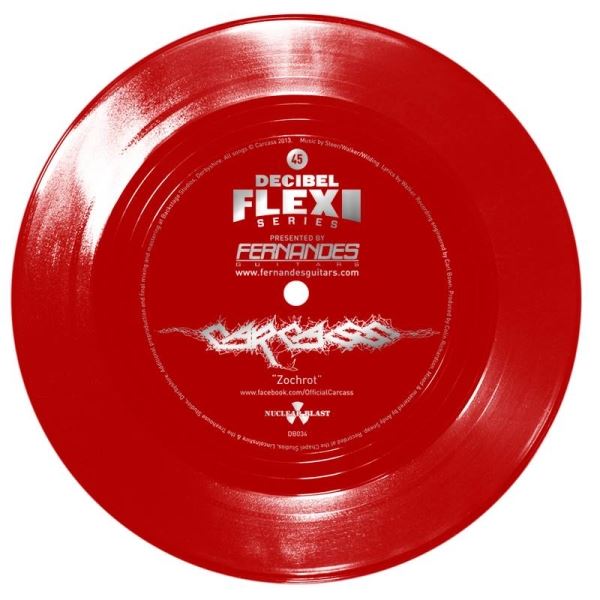 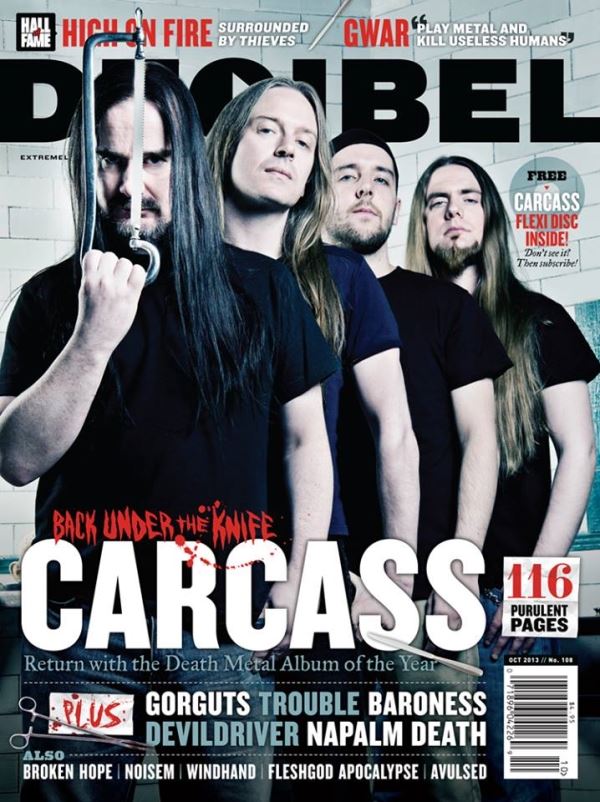