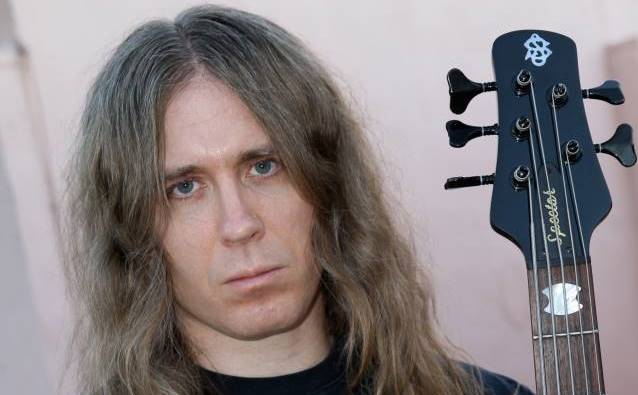 Bass Guitar Magazine has announced Alex Webster of CANNIBAL CORPSE as the latest addition to its panel of renowned columnists and educators.

Webster, who co-founded CANNIBAL CORPSE in 1988 and has been a constant songwriting presence with the group since then, has long been recognized as one of the world's most accomplished bass players, in the field of heavy metal and elsewhere. As well as his role in CANNIBAL CORPSE, Webster also plays bass in the progressive metal supergroup BLOTTED SCIENCE. His instructional book, "Extreme Metal Bass", was published in 2011, and CANNIBAL CORPSE was inducted into the Buffalo Music Hall Of Fame earlier this year.

Webster will contribute a column on intermediate theory to every issue of Bass Guitar Magazine, which is published every four weeks by Blaze Publishing, based in Leamington Spa, England. He joins a staff of experienced, professional bass players, among them Paolo Gregoletto of TRIVIUM and Michael McKeegan of THERAPY?