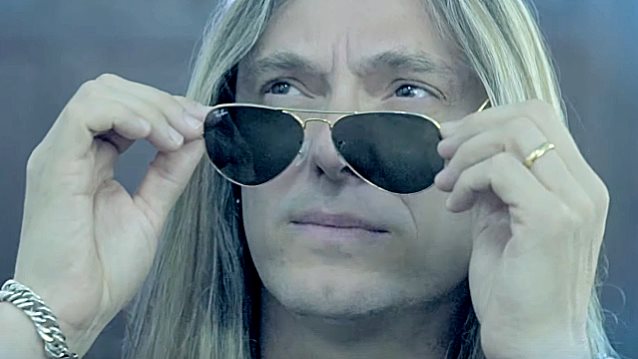 Five years after leaving ANGRA in 2012, internationally renowned Brazilian singer Edu Falaschi has announced he will perform songs from the band's catalog as part of his newly launched solo career with plans to tour various countries.

Falaschi released his solo album "Moonlight" last year via Test Your Metal Records. The disc comprises of acoustic versions of the most significant songs of his career with ANGRA and ALMAH.

"I've had many requests for concerts singing ANGRA," says Falaschi. "It's natural since I was ANGRA's lead singer for twelve years. Now ANGRA fans around the globe can have the chance to hear the ANGRA anthems performed by the original singer in an emotional and nostalgic experience that will bring back the good feelings from the golden years! I plan to perform first in South America and from there reach fans across USA, Canada, Europe, Asia and Australia."

Falaschi's first concert will take place on May 23 in Lima, Peru, where he will perform ANGRA's classic album "Rebirth".

Throughout his career, Falaschi has sold over one million albums, recorded fifteen albums and completd several world tours that have included dates in Japan, Europe, UAE and South America, plus many important festivals like Wacken Open Air, Sweden Rock Festival, Monsters Of Rock, Rock In Rio, ProgPower, Rock Machina and Gods Of Metal.