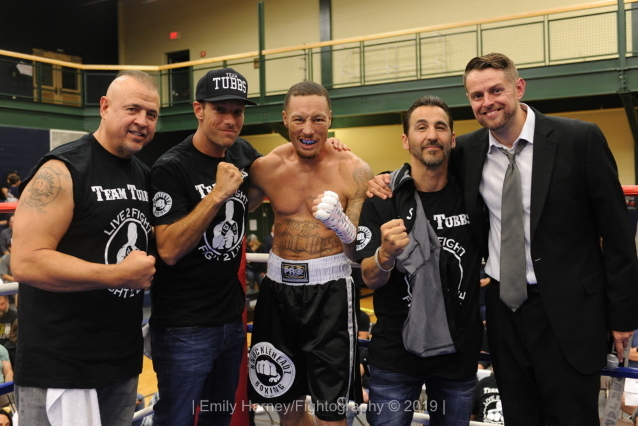 This past weekend, GODSMACK frontman Sully Erna entered the professional boxing world as co-trainer of amateur boxing champion David Tubbs, who made his professional debut in spectacular fashion.

Tubbs scored a brutal knockout just 18 seconds into his fight which set the record for fastest knockout of the year in the state of New Hampshire where the fight took place.

"It was definitely a little faster than we expected," laughed Erna after the fight. "He did exactly what was asked of him, though. He threw the exact combination that Hoss [Tubbs's head trainer] was working on in the locker room with him on the pads. One of the punches landed clean on the side of the head and in boxing that's all it takes. Tubbs is obviously an exciting fighter and we all think he has a bright future."

Erna added: "It was an honor to be invited to work with Team Tubbs on such a special night. A professional debut is such an important night for a fighter and to do it at an event benefiting The Scars Foundation made it even better. I'm looking forward to being a part of Tubbs's next fight and continuing to work in the boxing world."

Erna, a boxing enthusiast who routinely works boxing into his fitness routines while at home and on the road and also works with fighters at his personal gym in New Hampshire, worked Tubbs's corner along with world-renowned trainer Joseph "Hoss" Janik of KnuckleHeadz Boxing in Ventura, California.

"It's always fun working with a guy who has a real passion for the sport.", said Janik, who currently trains world champions like Andrew "El Chango" Cancio. "Sully is as big a boxing guy as you will ever meet and he's extremely knowledgeable about the sport in and out of the ring. He brought a lot of inspiration and ideas to David prior to the fight. It definitely won't be the last time you see us working together in the corner."

The fight was part of "Scars For Scars", an evening of professional boxing presented by Boxing Boxing Promotions to benefit The Scars Foundation, Erna's new charity to raise awareness of mental health issues and provide resources and tools to educate and empower people on a global level that struggle with burdens such as bullying, addiction, abuse, depression and more.

The North American leg of GODSMACK's world tour picks back up on September 20 in Green Bay, Wisconsin. 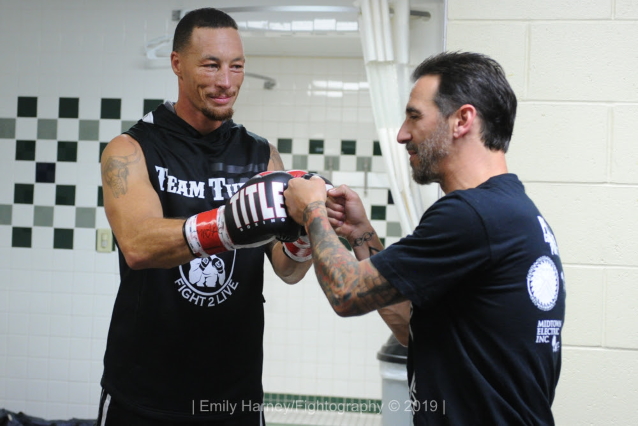 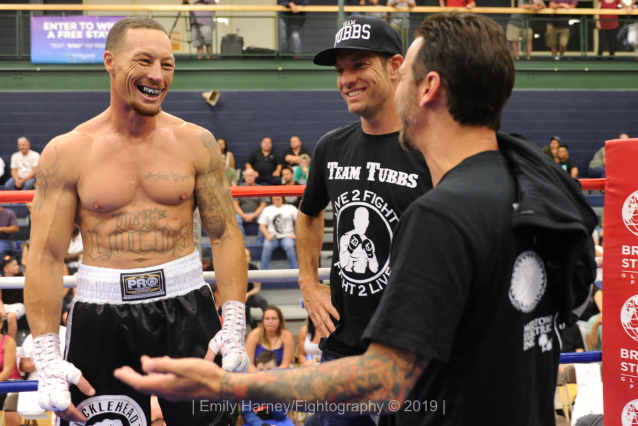