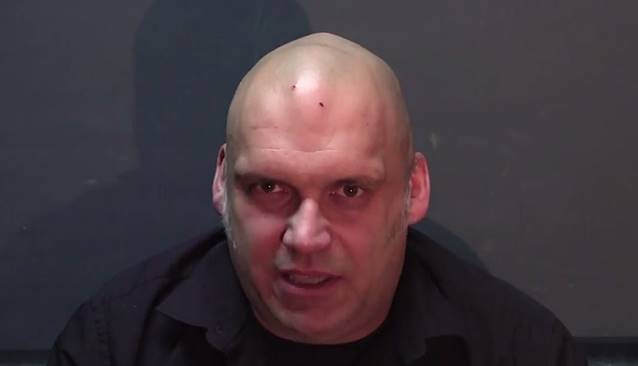 On November 9, "The Metal Voice" spoke to British heavy metal singer Blaze Bayley (IRON MAIDEN, WOLFSBANE) when he flew to Montreal, Quebec, Canada for a one-off gig as a special guest of local band SOME OF THE FEW at their CD launch. You can watch the chat below.

Blaze's career-spanning double-disc collection, "Soundtracks Of My Life", was released on October 31.

All songs have been remastered by Rick Plester.

Says Blaze: "This double-disc set contains 30 recordings that have been very important to me in my life and 30-year career. Some of the songs included have not been widely available before. I have also had time to write two new songs with Rick Plester (former BLACK SYMPHONY guitarist). The set comes with a 28-page booklet and slipcase. Artwork is by Andreas Sandberg, who also did the artwork for 'King Of Metal'."