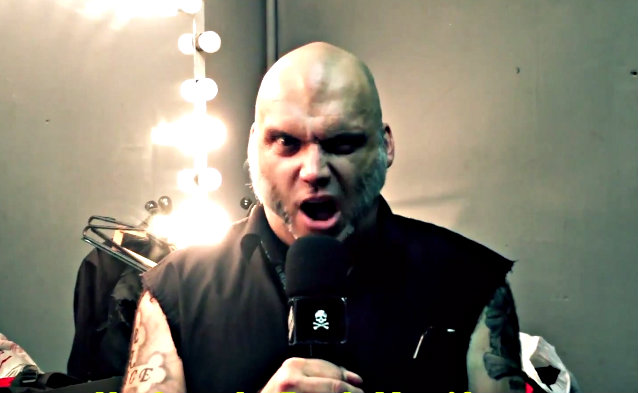 On January 25, "Lokaos Rock Show" conducted an interview with British heavy metal singer Blaze Bayley (IRON MAIDEN, WOLFSBANE) at the Manifesto Bar in São Paulo, Brazil. You can now watch the chat below.

Bayley, Thomas Zwijsen and Anne Bakker are currently out on tour in Brazil in support of their release "Russian Holiday".