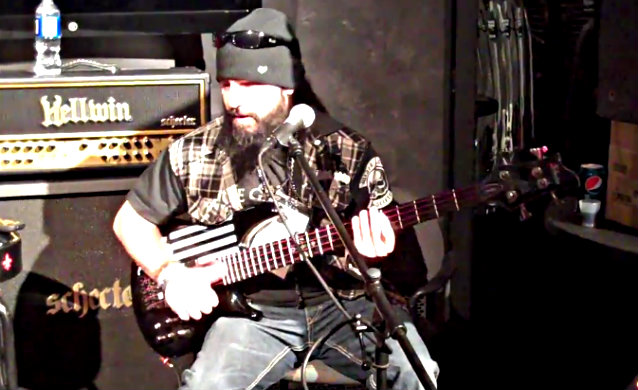 James Anaya of "The Hellion Rocks" on Bleach Bangs Radio recently conducted an interview with BLACK LABEL SOCIETY and CYCLE OF PAIN bassist John "J.D." DeServio. You can now listen to the chat in the YouTube clip below.

CYCLE OF PAIN recently parted ways with Sliptrick Records. As a result, the band's previously announced EP, "Pain Us", which was originally due on November 27, will be made available in early 2014. A single and new video will be released around the holidays.

CYCLE OF PAIN has several shows scheduled for December and January with BLACK WATER RISING, none of which have been canceled due to the label split.

CYCLE OF PAIN is:

The self-titled CYCLE OF PAIN CD was released in 2009 through Reform Records.