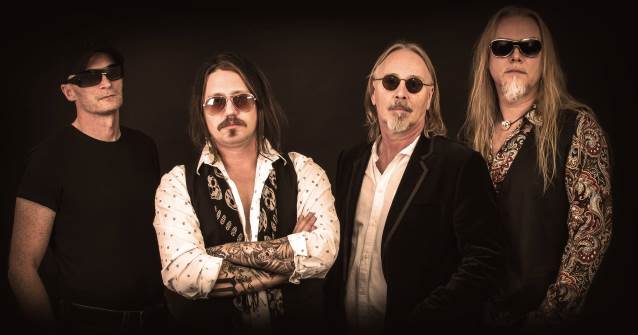 According to The Midlands Rocks, Dano Wahlström (vocals) and Anders Modd (bass) both play in metal bands (GRANDEXIT and WOLF) but they are both big fans of rock acts from the seventies. Bosse Karlsson (guitar) and Roger Johannessen (drums) both come from a more traditional rock and blues background, having played in various bands through the years. These two worlds merged and formed this heavy and groovy thing that is BLACK INK RIVER.

BLACK INK RIVER started out as a studio project but ended up as something much more ambitious than just recording songs.

After writing and recording for two years, "Headstrong" was finally completed and the first gig was booked at a club in the band's hometown.