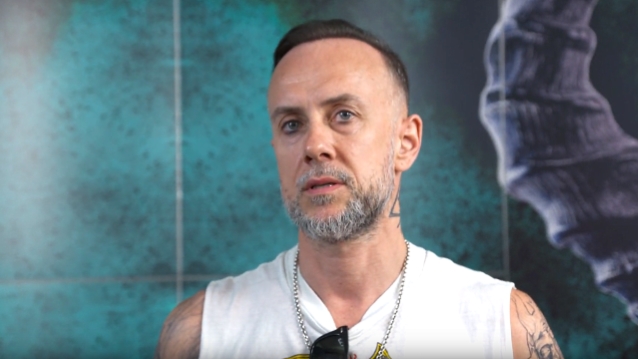 Earlier today, Nergal took to his social media to share his story and to warn other potential stalkers that he "will react to every persistent harassment" of him or his loved ones.

He wrote: "Legions! Finally, I'm able and willing to share this extremely important information with all of You.

"I was being stalked from October 2017 to May 2019 by a very well-educated woman holding a socially important position. This woman was persistently harassing me. She had created a number of accounts in social media (on Facebook and Instagram), through which she made numerous comments that were vulgar, degrading and offensive towards those close to me.

"I didn't tell You about it earlier nor did I react to it, although it was not an easy task. Why? Because a stalker wants to stay in touch with his\her victim for as long as possible. They seek attention. Maintaining contact with a stalker is a grave mistake because it motivates him\her to continue. So the key to solving the problem is total indifference, and if that doesn't work, reporting the case to the law enforcement authorities.

"In order to stand up to a stalker, you need to be aware that stalking is a crime punishable by imprisonment for up to three years, and in the event of a victim being brought to suicide, up to ten years. It can and actually must be reported to the law enforcement authorities and motioned to prosecute the offender.

"My lawyers reported the crime and filed a motion for prosecution at my request, and the prosecutor's office handled the case, for which I am grateful.
"The case was a difficult one, involving a lot of time and patience. It was frustrating for me personally because I wasn't allowed to react in any way.
As a consequence of the legal efforts of my lawyers and the prosecution, an indictment was brought before the court against the stalker, who acknowledged her behaviour.

"As a result, her attorney filed for a conditional discontinuance of the proceedings. With my consent, we settled the case amicably. The court issued a verdict against the stalker conditionally discontinuing the proceedings for a probationary period of three years. The sentence also prohibits her from contacting me and approaching me closer than 50 metres. Additionally, the court ordered her to pay me PLN 1,000 in damages. I've donated this amount to the 'Mozna Inaczej' Foundation fighting against stalking.

"The stalker consciously ceased her activities with respect to me and people close to me. She is going to respect the restraining orders imposed on her by the court and will not violate my privacy anymore.

"It's important to know that stalking must be opposed even though it isn't easy. It requires strong will and time. The process is also expensive and not always successful. I have succeeded in winning this fight, for which I thank my lawyers.

"Know that I will react to every persistent harassment of me or my loved ones. I will react to stalking, hate speech and any other behaviour that may be considered a crime."

Nergal became a household name in his home country of Poland in 2007 when he was prosecuted for blasphemy after tearing up a Bible on stage. The case went all the way to the European Commission, which issued a ruling that he was entitled to offend people.

In recent years, Nergal has gotten involved in a number of outside commercial and creative opportunities — from energy drink sponsorships to his growing empire of barbershops and nightspots, as well as TV appearances, like his stint as a judge on Poland's "The Voice".

Legions!
Finally, I’m able and willing to share this extremely important information with all of You. I was being...