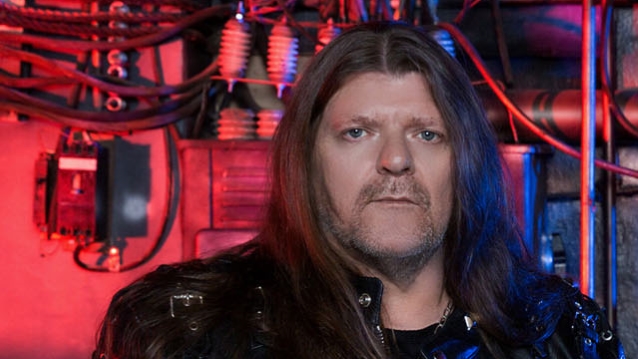 Fitty, who joined U.D.O. in 1996, broke the news of his exit in a four-minute video message which was posted to his YouTube channel. He said: "After 22 years being with Udo as a friend, with U.D.O. as a bass player, songwriter, motivator and I don't know what or more, I decided to take a new way in my life and leave the band. I will not leave the U.D.O. family, because it was much more than just a business. I will be there when I'm needed — as a songwriter, as a friend, as an advisor… whatever."

"I always said that we musicians are nothing without our fans, and what we are doing is just for you, just for them."

Fitty added: "I'm thankful that I have met so many nice people all over the world, and it was always a warm welcome. And I always felt that to give a hundred percent is not enough.

"Anyway, the world doesn't stop turning and life goes on — U.D.O. goes on, and so long Udo is alive, he will be always a living idol. There are not so many out there like him — maybe nobody — and he never disappointed you — never — so enjoy every show, every moment you can be with him."