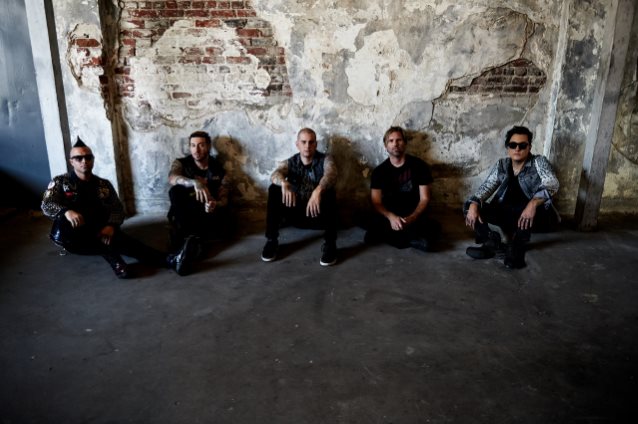 AVENGED SEVENFOLD has announced a December 15 release date for the deluxe version of its critically acclaimed album "The Stage" (Capitol). This new edition features seven additional studio songs plus four previously unreleased live tracks recorded during the band's recent shows at The O2 arena in London. Among the seven bonus tracks is the band's stunning cover of the PINK FLOYD classic "Wish You Were Here", which was released today.

Both the digital and physical deluxe versions of "The Stage" can be pre-ordered (note: the CD and vinyl versions of the album will include a special lenticular cover).

About AVENGED SEVENFOLD's version of "Wish You Were Here", lead singer M. Shadows says: "This is the song that started us down the rabbit hole with our recent cover recordings. I've always loved this song and though I felt it would be impossible to capture the somberness of the original, we approached it with another purpose. There's a poignancy to the song that seems appropriate with everything going on in the world today. We put a bit of a modern twist on it to reintroduce it at a time when it might help capture what some of us are feeling."

The deluxe edition is the latest chapter in an innovative album cycle that began twelve months ago when AVENGED SEVENFOLD "surprise-released" "The Stage", becoming the first-ever rock band to drop an unannounced album in digital and physical form. The band (vocalist M. Shadows, guitarists Synyster Gates and Zacky Vengeance, bassist Johnny Christ and drummer Brooks Wackerman) announced the album's release to millions of surprised fans who had been watching their live-streamed set from the rooftop of the Capitol Records Tower in Hollywood, California. That groundbreaking event saw the quintet give a 3D/360-degree virtual reality performance that enabled fans around the globe to experience AVENGED SEVENFOLD's electrifying show as if they were there for the first-of-its-kind immersive event.

Months later, the forward-thinking band announced plans to transform "The Stage" into an evolving body of work by adding a series of new tracks over the course of several months.

Those songs — which began with a scintillating rendition of Mexican folk song "Malagueña Salerosa" — have been previously unavailable for purchase, but fan demand for the tracks brings the album to its current stage as a deluxe release.

In addition to the album's original eleven tracks, the deluxe version features A7X's reimagining of MR. BUNGLE's "Retrovertigo", original track "Dose", a cover of Del Shannon's 1961 No. 1 hit "Runaway" (featuring a guest appearance by VANDALS guitarist Warren Fitzgerald and lead vocals by AVENGED SEVENFOLD guitarist Zacky Vengeance), the band's version of the BEACH BOYS' 1966 hit "God Only Knows" and most recently, their rendition of THE ROLLING STONES' "As Tears Go By". The four concert recordings included on the album are title track "The Stage", "Paradigm", "Sunny Disposition" and "God Damn".

Tickets also go on sale today for AVENGED SEVENFOLD's 2018 North American arena headlining tour, set to kick off January 12 at the Bridgestone Arena in Nashville with special guests BREAKING BENJAMIN and BULLET FOR MY VALENTINE. The band has partnered with CID Entertainment to offer VIP Tour Experiences, including access to a VIP-only viewing area, an official signed show setlist, an invitation to the pre-show lounge featuring AVENGED SEVENFOLD memorabilia and an exclusive A7X tour book including never-before-seen photos.

The tour will be North America's introduction to the electrifying "Stage" spectacle that drew rave reviews in Europe. After the recent 02 Arena shows, the London Evening Standard lauded AVENGED SEVENFOLD as "a global phenomenon" and wrote that the band "specialized in preposterous fun," calling the show "royally entertaining." The Guardian ran a four-star review of the show in Glasgow, writing, "Underneath retina-scorching screens and giant cosmic cube broadcasting spiraling starfields, the five-piece methodically discharge booming, arena-filling songs…these industrial assemblages of growing riffs and fret-melting solos have a default minor-key menace, yet the overall atmosphere is surprisingly joyous." But Kerrang! best summed up AVENGED SEVENFOLD's new live show: "You've never seen anything like it." 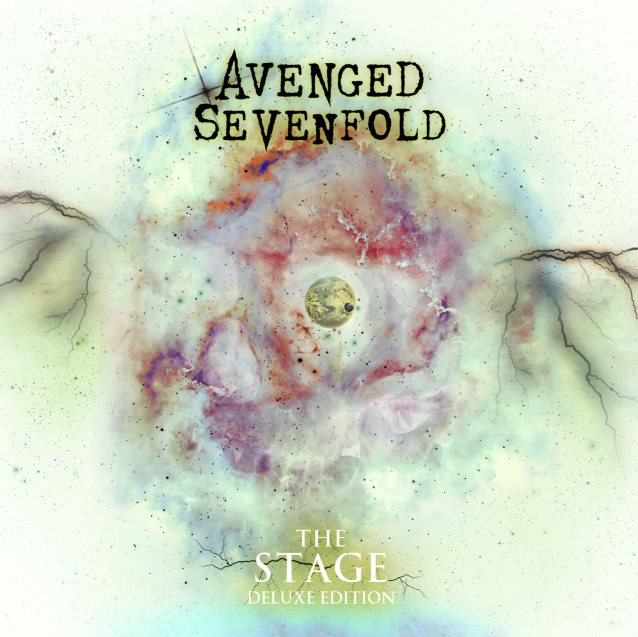