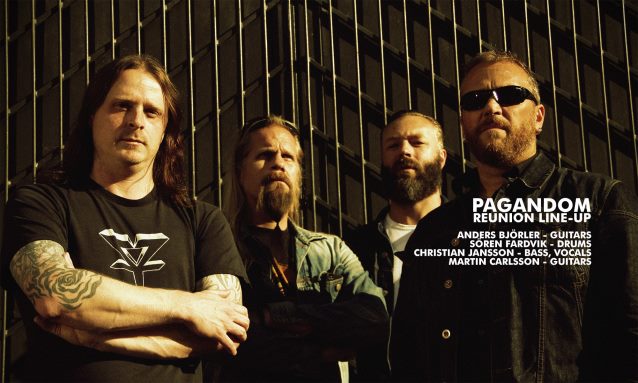 Former THE HAUNTED and current AT THE GATES guitarist Anders Björler will take part in the reunion show of Gothenburg, Sweden-based thrashers PAGANDOM at the Gothenburg Sound Festival, set to take place on January 4-5, 2014 at Trädgår'n in Gothernburg.

Says Anders: "I am happy to be a part of PAGANDOM's reunion show at Gothenburg Sound Festival in January 2014.

"PAGANDOM was a thrash metal band from Gothenburg formed in 1987, which had a huge impact on the local scene in the late '80s/early '90s. This is pure nostalgia on my part."