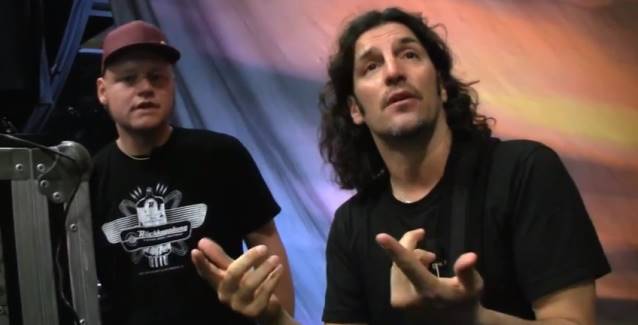 In the four-minute video below, ANTHRAX bassist Frank Bello is creating his "Burning Chorus" TonePrint on the Corona Chorus pedal from TC Electronic.

Bello wanted to create an effect that had a distinct ethereal aesthetic to it but at the same time was usable in song contexts. He used the TonePrint Editor to fine-tune the Corona Chorus to his own taste and ended up with a very neat-sounding TonePrint that at one and the same time has a unique personality and complements an overall band sound — much like its creator.

Try Bello's "Burning Chorus" TonePrint by getting the free TonePrint app for iPhone in the Apple Store or for Android in Google Play.

According to a post on the official web site of ANTHRAX guitarist Scott Ian, drummer Charlie Benante, Frank Bello and Ian are "working hard" on material for the next ANTHRAX album. Ian writes: "We've had a couple of writing sessions and things are moving along well — fast for us, actually. We've got seven songs arranged musically and we're getting together again in a week and a half."

He adds: "The new stuff is aggressive, fast, even riffier than the last record and some of it is difficult to play. Nothing like writing parts that are above my ability as a guitar player! When that happens, the drill sergeant in my brain yells, 'PRACTICE, YOU LAZY FUCK!' So I do. And I nail that shit."

Benante recently spent time recovering from surgery for carpal tunnel syndrome. He rejoined his bandmates for their September 13 performance at "The Battle Of San Bernardino" festival in San Bernardino, California alongside IRON MAIDEN, MEGADETH, TESTAMENT, OVERKILL and SABATON. 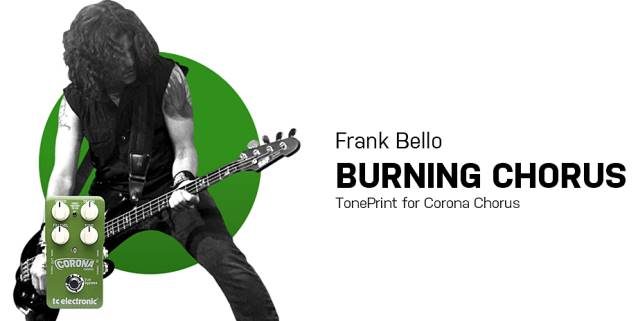