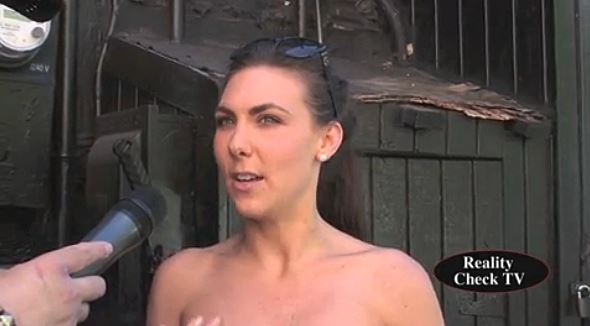 Danny Shipman of Reality Check TV conducted an interview with Elize Ryd of Swedish melodic metallers AMARANTHE on July 30 at The Roxy in West Hollywood, California. The 37-minute report, which includes performance footage, can be seen below.

AMARANTHE's sophomore album, "The Nexus", sold around 1,700 copies in the United States in its first week of release. The CD landed at position No. 12 on the Top New Artist Albums (Heatseekers) chart, which lists the best-selling albums by new and developing artists, defined as those who have never appeared in the Top 100 of The Billboard 200.

AMARANTHE's first U.S. headline tour kicked off on July 17 at the Gramercy Theatre in New York City. Support on the trek came from KOBRA AND THE LOTUS.

"The Nexus" was released on March 26 (one day earlier internationally) via Spinefarm. The cover artwork was created by Gustavo Sazes. The album was once again recorded at Hansen studios in Ribe, Denmark with producer Jacob Hansen.

AMARANTHE's self-titled debut album was released in Europe in April 2011 via Spinefarm Records.

Ryd has been filling the female singer spot on KAMELOT's European, South and North American tours. 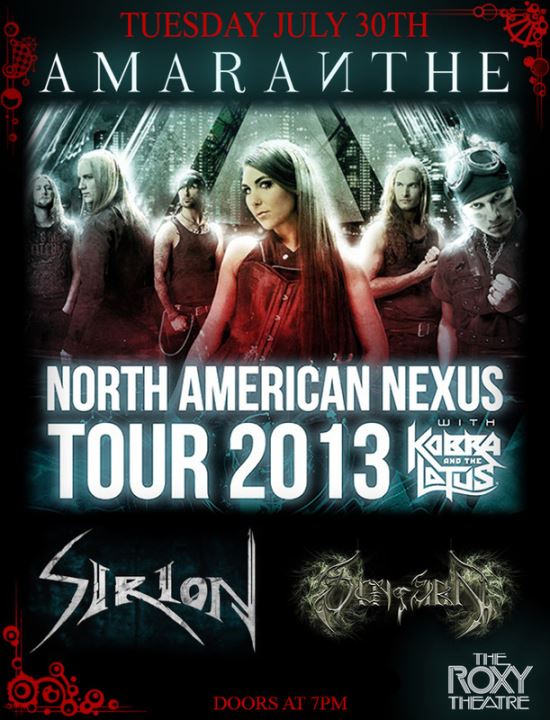