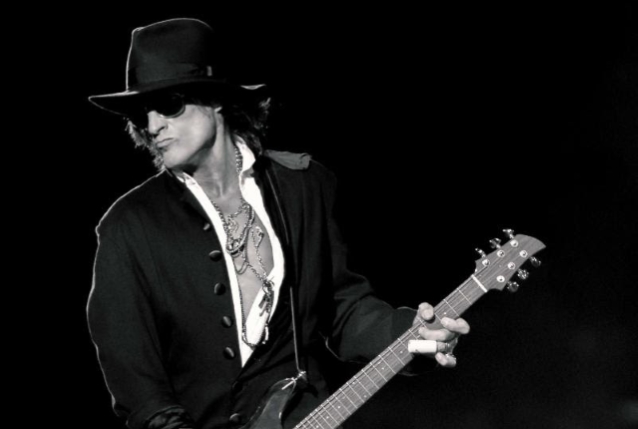 Joe Perry has canceled his previously announced fall headlining shows as he continues to take some time off following his recent hospital visit. The AEROSMITH guitarist will now take the rest of the year off and looks forward to seeing his fans again in 2019.

Refunds are available at point of purchase.

Perry's solo dates were set to begin November 30 and run through December 16.

Only minutes after guesting with Billy Joel on stage on November 10 at Madison Square Garden in New York City, Perry experienced shortness of breath and was treated by paramedics. The legendary rocker, who's now 68, was taken out of the Garden on a stretcher after paramedics worked on him in his dressing room, reportedly inserting a tracheal tube down his throat at one point.

According to TMZ, doctors ran a series of tests and determined that Perry was suffering from a combination of allergies and fatigue.

Joe, who has reportedly had breathing issues his whole life, tweeted last week that he was "doing well" and thanked fans "for all the love and support."

As most fans will remember, back in July 2016, Perry collapsed during a HOLLYWOOD VAMPIRES gig at Brooklyn, New York's Ford Amphitheater at Coney Island Boardwalk.

Alice Cooper, who fronts the all-star covers band, recalled to CBS News at the time that he was unaware that Perry was perhaps not geared up for such a rigorous schedule. "I didn't realize AEROSMITH only did two shows a week. Honestly, I just figured everybody was like me. I do five shows a week, and very physical shows. We were on our eighth show in 10 days. It was pretty brutal. I think [Joe] was dehydrated and basically exhausted. I talked to him before the show and he said, 'I don't think I've eaten anything in three days.' I went, 'Well, that's not smart.'"

Cooper went on to squash the rumors that Perry had collapsed due to a coronary, explaining: "It wasn't his heart, though, and it wasn't anything vital, because four or five days later, he was on stage with us and I'd never seen him look so good."

Perry has played several shows this year in support of his most recent solo album, "Sweetzerland Manifesto". 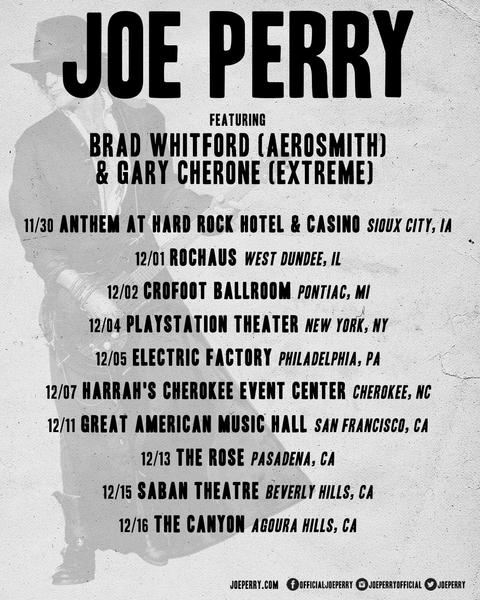