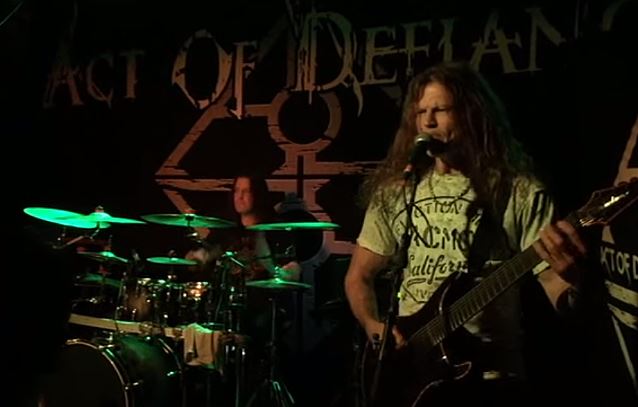 ACT OF DEFIANCE's debut album, "Birth And The Burial", was released on August 21 via Metal Blade Records. The CD recording was split between three studios in three different states: Broderick handled vocal and guitar production at his own Ill-Fated Studio in Los Angeles, Chris "Zeuss" Harris (ROB ZOMBIE, REVOCATION, MUNICIPAL WASTE) worked with Drover tracking the drums in Dexter's Lab in Milford, Connecticut, while Bachand laid down his bass at ManShark, in Southampton, Massachusetts.

Regarding how ACT OF DEFIANCE secured the services of Bonner, Broderick told The Age Of Metal: "Well, when Shawn [Drover, ex-MEGADETH drummer] and I first came up with the idea of actually forming a band, the first thing we started thinking about was who we were gonna have as the frontman. So we got a list of about thirty different people that we… Well, some were shooting for the stars, other [singers on the list] were unknowns. We were very open to the idea of anybody. We kind of got those lists and we narrowed them down based somewhat on logistics and stuff like that. Then we narrowed it down to, like, five that we thought we really liked, and Henry, of course, was on that list. We e-mailed demos out to them, and when Henry's came back, we knew he was the right fit."

On the topic of playing smaller venues with ACT OF DEFIANCE compared to how it was with MEGADETH, Broderick said: "I think it's exactly what we expected in a way. I think the one thing we didn't expect was the amount of work that it takes. When you're designing your own merch and you're working on getting your RV ready and all these other just thousands of logistics, getting those things ready. So it is a lot of work at this level, but definitely we're willing to take it on, and we're having fun so far."

ACT OF DEFIANCE kicked off its North American tour on October 22 at Count's Vamp'd in Las Vegas, Nevada. 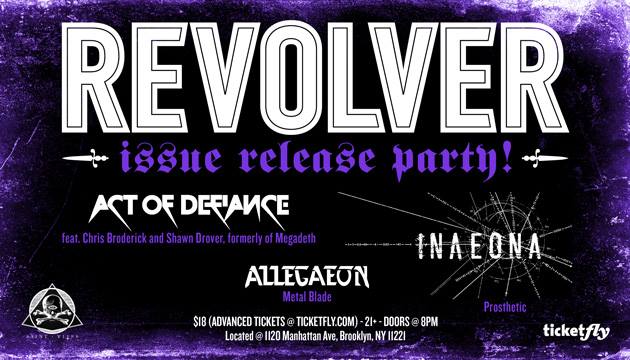